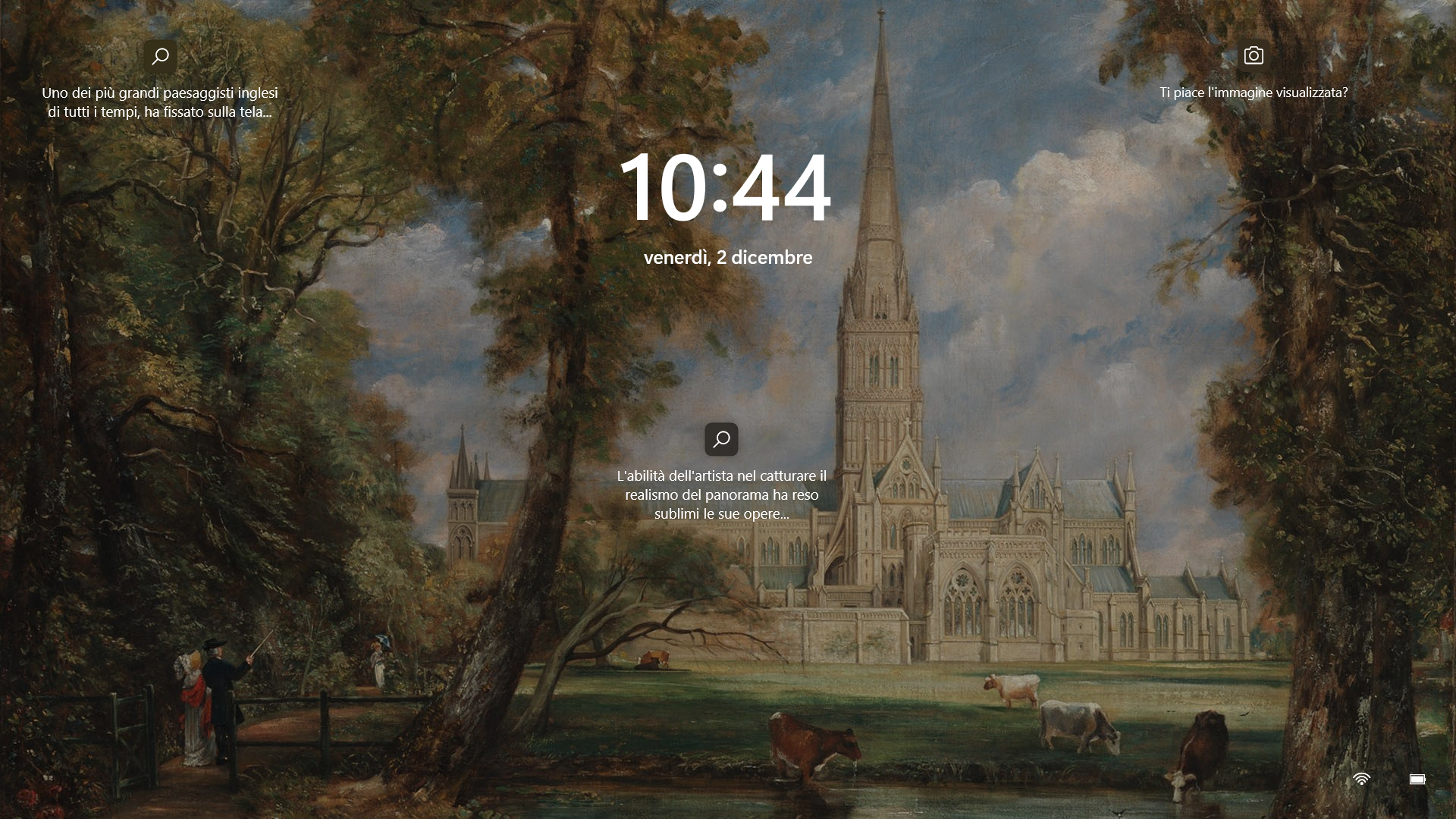 ‘The cathedral of Salisbury seen from the lands of the bishop’, John Constable 1823// Screenshot by  Google for my own desktop.

“The prospect theory… can’t change the value of a result…, when this is very improbable or when the alternative has a high value.” [1]

The generic option towards a virtual state – even plausible – slips on the cramped horizon of the nearest puddle.

In the real life a masterpiece[2] comes up that is a pleasure…!

[2] “ … the Defender of salus – and particularly the psychoanalist – has no other means but the common ones to the mankind (that is thinking and language), which are not subject to any authorization.”, cited from ‘Il Difensore della salute. Una categoria e le sue varietà professionali (psicoanalisi e altre)’, public Document, edited by Giacomo B. Contri according to the Italian law  14 gennaio 2013, n. 4 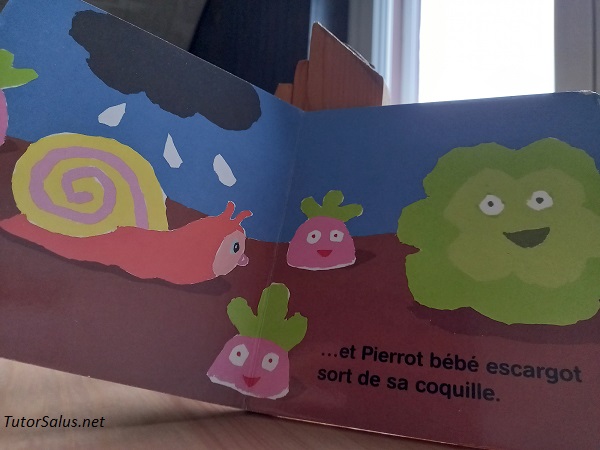 ‘Pierrot bébé escargot’ is a little book offered by the ‘École ÉSaint Joseph’ to ‘Estella’, association present for years at Barcelonnette (France, Haute Provence) and committed to promoting the attendance at school especially by means of school trips.

Get out of care is quite an achievement for everyone!

But, how many people are prepared to face that ?

Delightful is the lightness by which the film lets tragedy and comedy flow without a sharp order to point out this or that solution thread of that tangled skein which maybe seems the life, and which the adults get used to bear as heavy, and unavoidable.

The burden of removal is already a vague affection in a few years old child, buti t may sap one’s strength and prostrate because there’s something, at first, of unfair and then of wrong and not changeable, because that concerns the others, even better one’s own others.

‘La stranezza’ is finally the name of anguish, which Pirandello child learns by the voice of his nanny, a wise and not melancholy servant who gives him time whereas he would be in a hurry to skip the crossroads he just singled out. A crossroads which was already pretious for the child, as he can go back againg to remembering it in his adult age and in something which recurs, recurred however without any solution, even  worst accepting a ‘deviation’ into the theater when represented, and at least allowing him to exorcize the sharpness keeping so his anguish at a distance.

The director, as a matter of fact, acknowledges that Pirandello had been, in the years, gradually crystallizing his ‘oddity’, even making it a private makeshift shelter to extract dramatically insoluble, sublime knots and hopeless.

However, right at the end[1], the intelligence of his daughter Lietta is offered to Pirandello, logically she fears the insults of a public made impetuous and warlike as involved in the hazard of the identification of person to character, a very risky drama-therapy. But Pirandello doesn’t take the help and here becomes father and pathogen pushing instead the unwilling and terrified Lietta - who should rely on his stoic virility - through the aggressive crowd well representing the furious rebelry of freudian ES, when  coarsely unties from the conscience censorship.

On the other hand, they find out the logic – a way not so evident of unconscious – the two foreign guests Pirandello invited, real but unaware authors of the fundamental ‘change’ made by the Master to the drama, and themselves theater amateurs, as well as professionally ‘coffincarriers’ at ‘Girgenti’[2], from which they come.

Patiently – one of the two has been even sleeping in the theater – they have been waiting until the great ‘Teatro Valle’ became quiet again after that rough storm, and now they find themselves satisfied in full conscience with the author of the work they attended[3].

[1] It has been reproduced the drama’s premiere, in 1921 at the ‘Teatro Valle’ – a historic theater due to its seniority not only in Rome but also in Europe – of ‘I sei personaggi in cerca d’autore’, maybe the most important work by Pirandello, whose text he had radically changed shortly before, because of something that had happened during a recent trip to his ‘Girgenti’. 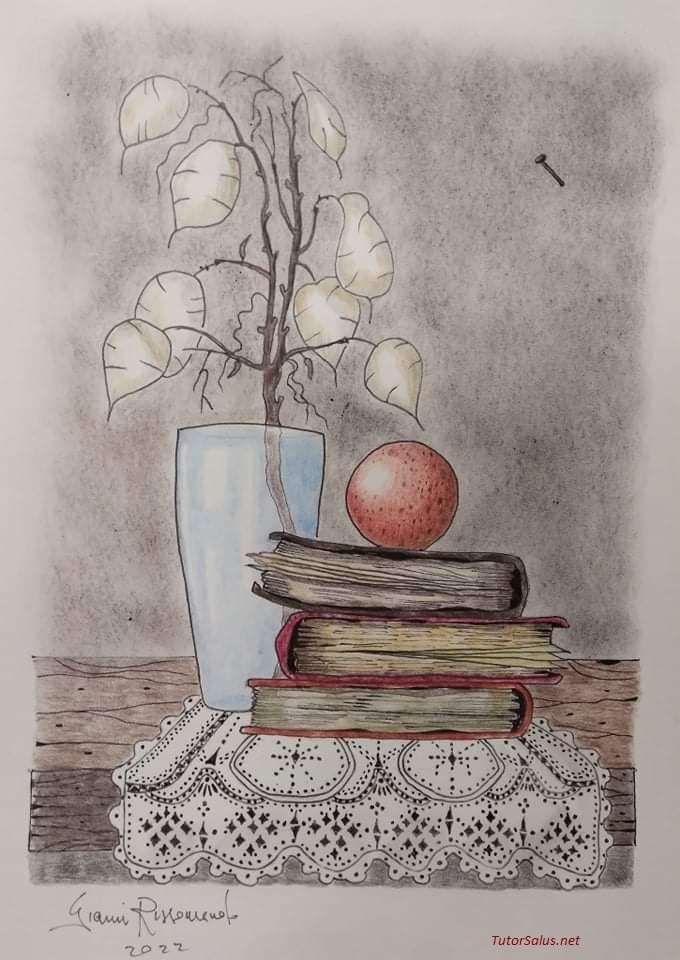 “Every time we can substitute a formula to a human judgement, we should at least take in consideration the idea to do it.”[1]

We are thankful to Daniel Kahneman[2] because he offers room – even tight, just a gorge carved by the river among rugged mountains – to the science of thinking, or unconscious, which is the only one able to ‘take in consideration’ anything.

[2] Daniel Kahneman (Tel Aviv, 1934) is a psychologist and professor emeritus at Princeton University, and one of the founders of behavioural finance. In 2002 he was awarded the Nobel Prize for Economics because he integrated the results of psychological research into the economic science, with special regard to the human judgement and to the theory of decisions in conditions of uncertainty.

[3] Gianni Russomando, biographical note : “I’m born in Vercelli (1956), graduated at the ‘Istituto di Belle Arti di Vercelli’, I describe myself as an ‘amanuense’ (medieval hand-painter), far from any exposition and competition.”