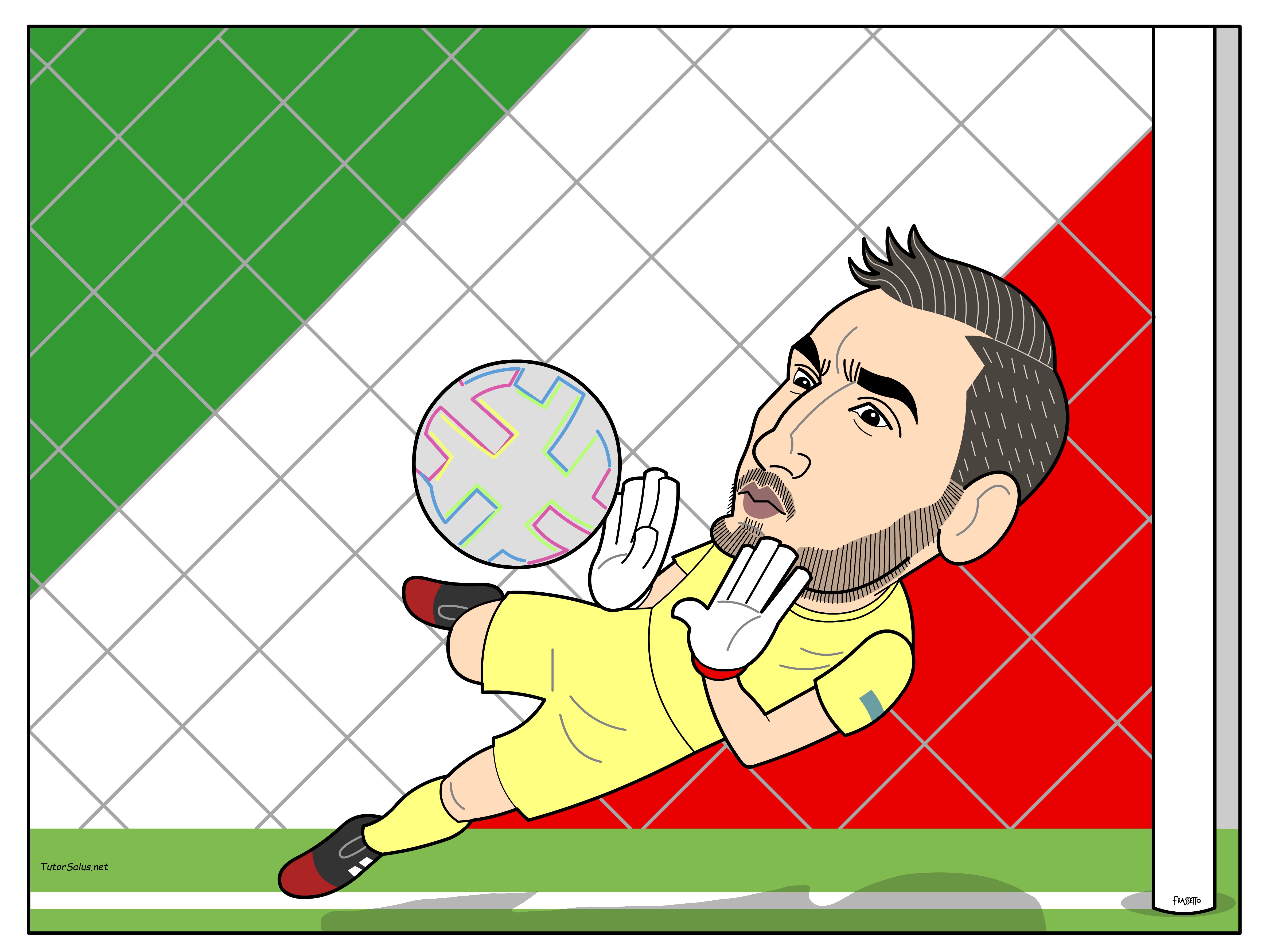 Gianluigi Gigi Donnarumma while saving a penalty against Great Britain – even favoured by predictions – so bringing the gold medal to Italy last July 11 in the UEFA European Championship (suspended in 2020 and played from June 11 and July 11 2021, in respect of new anti Covid19 rules).        Original painting byStefano Frassetto.[1]

How much is the defense worth ?

We can decode a lightning fast calculated thinking which overcomes the other ones, got from a still valid, not devastated memory but foolishly kept at the corner of our mind : no istinct – let be sure – no magics at all.

A time showing then its undyingly – here it is what we know – and all for ‘I’ : we can so decode it without any further assistance than a patient, not ingenuous listening but it is a real ‘work’ and not an easy capture, mainly not so immediate.

That specific defense which however gained victory  - many of us did think of – to an European alliance which among a lot of rocks is finally shoving off and mainly which the British late participation did oppose – as Great Britain did remove that alliance since 2020 – but at the same time claiming their presence, maybe believing it the more qualified in Europe.

We wonder, as a matter of fact, that defense can get a victory more than an attack, but both of them are still individual and tailored on ‘I’.

[1] Stefano Frassetto is born in Turin in 1968. After his degree in Architecture at ‘Politecnico’ he begun as graphic novelist for local magazines. In the ‘90s he edited in France too, on ‘Le Réverbère’ and on ‘Libération’ : then he created ‘Ippo’ for ‘Il Giornalino’ and then the stripe ‘35MQ’ for the swiss magazine ‘20 Minuti’. In 2000 he came into ‘La Stampa’ as portraitist for cultural page and the insert ‘Tuttolibri’, then for the weekly ‘Origami’. Today he works also for the swiss magazine ‘Le Temps’.