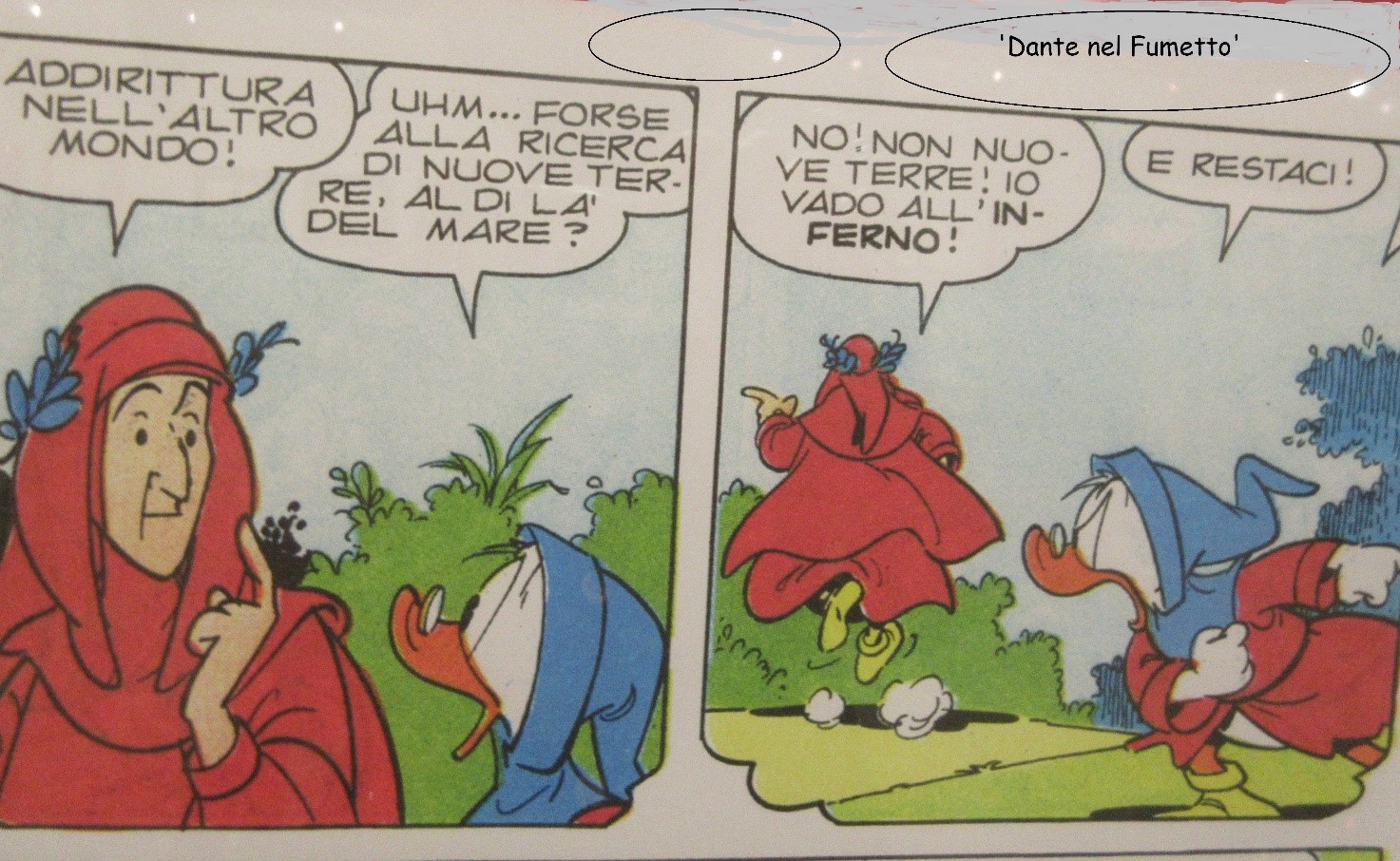 People believe that Dante Alighieri begun his own descent into circles of Hell on March 25, 1300 : that cultural date is nowadays celebrated as ‘Dantedì’ (i.e.: ‘Dante-day’).

Any reputation can be constructed without too many words.

[1] ‘Con Dante nel Fumetto!’ has been on ‘Galleria Civica’ in Monza (MB) - Via Camperio 1 from 10 to 16 maggio, together with a number of events for the 700° anniversary from Dante Alighieri death (1265 - 1321): ‘Fondazione Franco Fossati’ and ‘WOW Spazio Fumetto’ organized the show in Monza and Milan. 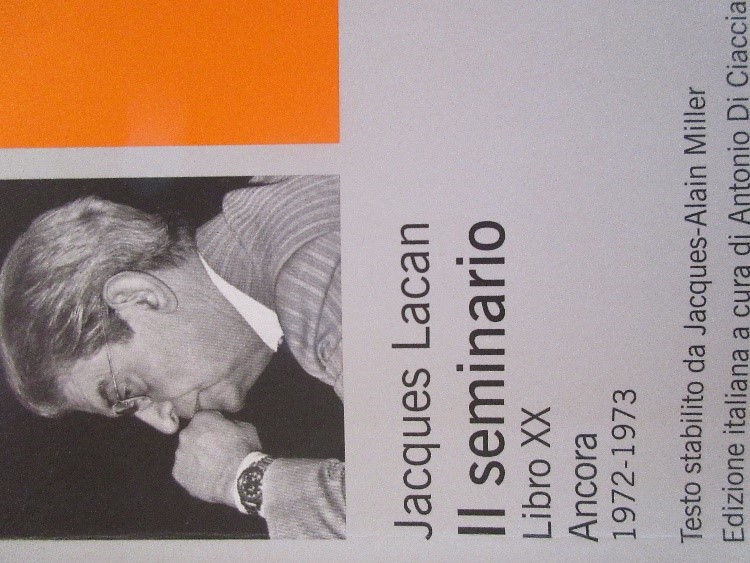 “Here is the reason why when your saying: ‘I don’t want to know any more about’ is ok for you that you can peacefully take a distance - if you are my analyzers - from your own analytical work.

And I can say that, even if someone doesn’t agree, my position of analyst is not absolutely prejudiced by what I’m doing, here and now.”

With some evidence that is the same position of Freud. 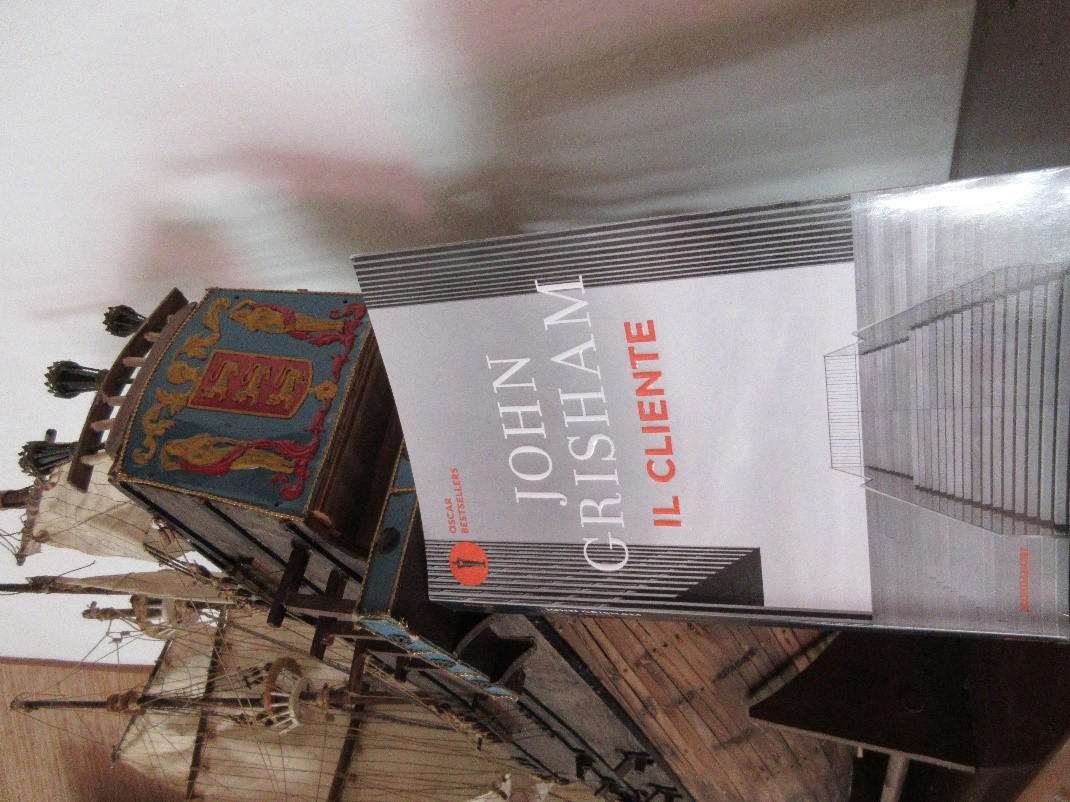 ‘Dora’ was less than eighteen in 1898[1] when his father – worried about her daughter sudden being moody, and also annoyed by her being in strong and unexplainable opposition to him - decided to call doctor Sigmund Freud who was living and working in Wien and about whom they knew some successful among patients of the incoming psychoanalytical method.

‘The Case of Dora – Fragment of an hysteria case’ was edited by Freud only in 1905, more than four years after the conclusion of that Case and without any reference to the young woman whose father asked and financed the therapy : the text refers without resistance how Freud decided to work in defense of the young patient, realizing she was the principal.

The father of ‘Dora’ pretended the daughter would become quiet and obedient and at first Freud accepted that but, as far as the analytical work went on, he began to seriously consider what her patient was asking for :  and he realized also that ‘Dora’ was diligent also about the rules in analytical work. Defending ‘Dora’ became then the real goal of the so named ‘psychoanalysis’, i.e. a respectful work between the two, patient and analyst : that professional position Freud was having did show a cross-road in the care of neurosis as the women were generally lead by husbands or fathers due to their not acceptable behaviours among people.

Freud realized that the way ‘Dora’ was leading herself would be enough to justify her defence – also towards her father as an external principal – and up to a hopeful recovery.

Publishing the Case was a formal step as regard as the analytical profession and towards Freud colleagues : in that Case you can see how neurosis make poor any individual defence, also worning out good chances in favour of someone.

It seems so suitable indee the title “The client” of a well known novel by John Grisham where Mark, eleven, decides to get to a lawyer on his own : he was present  - together his eight year brother – at a suicide which, when trying to foil, that got the boy into the violence of the man and his own previous crimes not be found out.

Mark realizes very soon – while calling Police to indicate the corpse and also when being informally  interrogated – that his defense can’t stand up. And the lawyer which seemed favourable when Mark was appointing her with some ingenuousness, will also be affordable ? But the boy hadn’t so much time.

Mark still doesn’t know that his position won’t meet the favour of Law : a witness infact, notwithstanding he is a minor and evidently exposed to reprisals,  can be easily condemned as ‘justice obstacling’[2] if he doesn’t say everything he knows about an investigation in progress.

“There was something absolutely not right in a Court system where a kid could be lead in a Law court, with lawyers quarreling while the judge observed them as an arbiter, among a number of laws, penal code paragraphs, sentences and legal uncomprehensible words, and finally the same kid had to know what was happening. It was irrimediably unfair and not at all acceptable.”[3]

That ‘unfairity’ has been correctly perceived by Mark, then : that is the same for any human ‘capable of understanding’.

However, being ‘capable of understanding’ is only a first access when structuring a defence where ‘capable of willing’ can honoraubly be linked, when that capability has come up down, lost or otherwise absconding, in a man, or a woman. 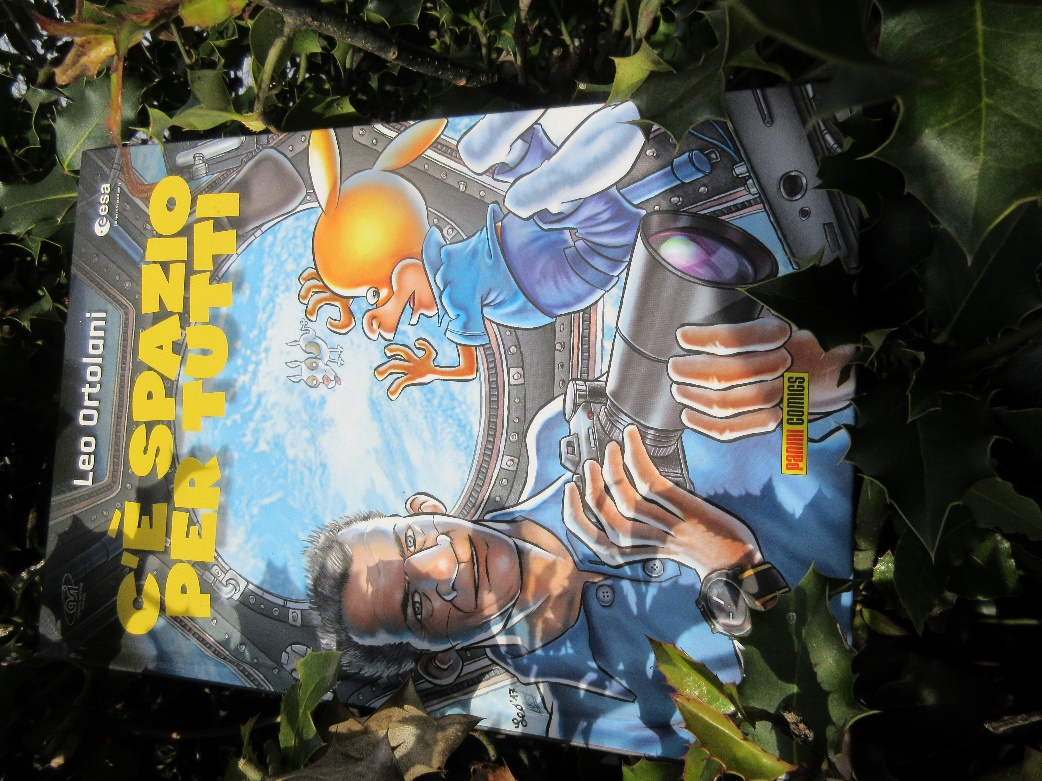 Does need more heart to conquest the space or the classmate girl ?

It isn’t a nonsense item nowadays when the sex difference is bending to a taboo : but, if also a conquest can begin by curiosity, is the curiosity itself to be charged with in all the human history and nowadays too.

The philosopher Immanuel Kant[2], who raised bureaucracies and organizations to government itself, was stumbling in curiosity as an obstacle, even when profitable but irremediably and only individual, so that not able to be systematized; but he was, on the opposite, obliged - while when building a theory - to generalize what humans cannot like, or choose. In any social field by now, those theories seem to be unproductive indeed, as they have been drawn out ‘tout court’ from physical sciences.

How then any ambition begins, as it is also an area (‘ambito’, in Italian language – n.b.e.) which usually refers to something exceeding one’s own  daily life ? Each one of us can find convenient the sources of his - or her - own ambition, also when connected to a catchable ‘taking a distance’, even from the Earth and from its colourful pedagogies : but don’t let us laugh too easily, just because we can represent that.

Surely, not so fit to be generalized would be the ambitions which lead a youngman Paolo Nespoli – here the leading character of a fantastic space mission and also, at the actual age of sixtythree years, the oldest space man in the ‘European Space Agency’/ E.S.A. – to get to, in 1988, a Bachelor of Science in ‘Aerospace Engineering’ at Polytechnic University of New York, a Master of Science in ‘Aeronautics and Astronautics’, up to a degree as ‘Mechanical Engineer’ at Florence University (Italy). Between 2006 and 2015 Paolo Nespoli has already been carrying out three space mission, more than dealing with training for E.S.A.

It is challenging, time by time, to undergo the trials required by any space mission, notwithstanding the space men are aware of : and a very long and accurate training is demanded to them, but the outcomes of which are logically not predictable[3]. However, both challenges and goals which can be involved by a conquest of space are already opening to never before experienced alliances among Countries which were competitors, both from an economic and political point of view.

“C’è spazio per tutti” is finally a call to nourish one’s own ambitions, by working on, and even hard : but it is also a warning to whom those ambitions would like to censor, or even to ‘systematize’, that is to banalize their goal.

[1] “C’è spazio per tutti”, is a graphic novel by Leo Ortolani (2017), ‘Panini Comics’/ Panini SpA in cooperation with E.S.A. European and Italian Space Agencies : with the contribution of Paolo Nespoli, engineer and spaceman for ‘European Space Agency’ and ‘Rat Man’, character created by Leo Ortolani and leading part in many of his stories. Leo Ortolani is born in Pisa in 1967, studied Geology at Parma University, town where he is also living and working : he began at ‘Lucca Comics 1990’ winning as the best scriptwriter. Paolo Nespoli i salso the author of ‘Dall’alto i problemi sembrano più piccoli’ (2012), ‘Mondadori’.

[3] Paolo Nespoli remembers on his Facebook page the ‘Challenger’ shuttle tragedy in 1986 when seven spacemen died : he himself flew as a training on that selected but unreliable engine. Notwithstanding heavy responsibilities after the tragedy, Nespoli says that one’s own ambitions support an individual wish to go beyond one’s own limits, and that is also a benefit to human race : “paving the way” is exactly that, he recently remembered. In “C’è spazio per tutti” Leo Ortolani points, one by one, the animals, as not conscious about their mission and preceeding spacemen, but sacrificing themselves as the first space passengers.